Official Statement Regarding CCTV in Buntingford

The Town Council has noticed the number of recent posts on Facebook regarding the call for the installation of CCTV in Buntingford.

In November 2017 the Town Council, in association with the East Herts Rural Police, re-visited the possibility of installing CCTV and to that end requested expert guidance to answer the following:

Do we need CCTV?
If we need CCTV, how many cameras do we need?
Where should... Read More » 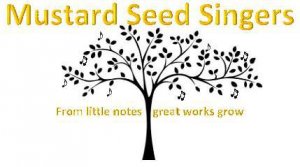 The first fund raising concert of the Mustard Seed Singers was held on 1st April at St Peter's Church, Buntingford and the audience of about 100 really did seem to enjoy the show which raised just over £600 to add towards much needed repairs to the brickwork of St Peter's.

Rehearsing for the next concert on 1st October has already begun which will be held at St Mary's Aspenden where all profit... Read More »

Buntingford Walking Football Team Off To A Flying Start 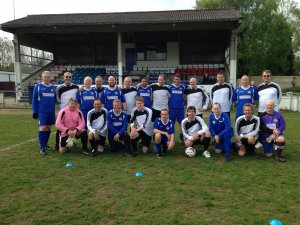 Featuring a mixture of Town Councillors, a Town Council Officer, a District Councillor and members of the public, the team visited the Hertford Town Football Ground to play an 8-a-side match. After a closely contested 1st half which provided no goals, the match was eventually won by Buntingford with a score... Read More »

After years of hard work and several scrutiny processes, the Neighbourhood Plan has been accepted by the community at referendum. The results of the Referendum held on the 23rd March 2017 are as follows:

The turnout was 22.30% of the Community Area Electorate.

There were 1351 Ballot Papers issued.

It was declared... Read More »

The resignation of Debbie Lemay in June created a vacancy on the Council. The public did not call for an election leaving the Council free to co-opt a new member.

A number of strong candidates applied to fill the vacancy and the Councillors had the difficult choice of whom to co-opt. After much deliberation it was decided to offer the position to Iain Duncan. Iain has lived in Buntingford for the past... Read More »

We regret to inform you that the development of the land to the East of Aspenden Road has been allowed at appeal. The development will bring up to 56 new dwellings.

The Town Council have recently commissioned the installation of outdoor gym equipment to be fitted in the town.

The gym equipment will be installed at Norfolk Road Playing Field, between the existing play equipment & the Pavilion. There will be 6 different pieces of equipment fitted within the next few months, ranging from 'Pedal Bikes' and 'Air Skiers' to Chest Press and Leg Press equipment, with... Read More » 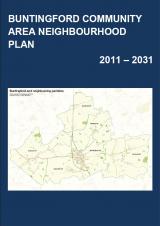 The document covers all aspects of planning the future of the area... Read More »

Timetables for the new 386 route from 1st September have now been published. Copies available from The Manor House.

Herts County Council has published the proposed changes to buses from 1st September.